Please look out for the NHS COVID-19 Check-In QR codes at our games this weekend. Let’s keep everyone safe. 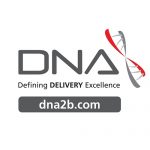 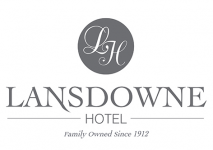 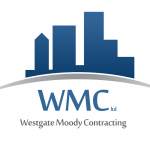 A group of our U15 Dragons took part in the Horsham League Futsal Tournament yesterday at The Bridge Lesuire Centre, Broadbridge Heath. They won their first tournament and finished equal top on points in the second tournament, but finished up as runners-up based on goal difference! A fantastic and successful day for the boys who all played brilliantly. Well done Dragons

Huge Shoutout to our U8 Red Team who yesterday finished Runners-up in their age group at the Play On The Pitch Tournament at Crystal Palace!

A Shout Out to Maidenbower Colts FC U8 Red Team from Coach Rachel: “Shout Out to our U8 Red Team, who have been playing a year up in the U9 League since the return of football. After their game last week, they came out today knowing another challenging team was on the cards. They all had to work hard and work together as a team today. They all kept their heads up, remained positive to ensure we stayed in the game. Well done to Marco who was the player of the match and scored an amazing goal!

Tonight, our Under 15s Black Team had their first online training session of this current Lockdown period. They went through a session with a mix of fitness and ball control. Coach Rob said “the Players really enjoyed it, it went well. So, it looks like it could be a regular lockdown session for us” Well done Coach. Well done Colts 💪🏻 ⚽️

Coach Rach said: “Our U8 White Team played a great first game today. Well done to Haris for getting Player of the Match – he worked really hard today, put a lot of effort in, and had great coverage on the pitch. An additional well done to Thomas who has grown so much in confidence over the last year and I could really see that in his performance today. He went on to score 2 goals for his team and just missed out on a hat trick. Thank you to Alexander who played well in goal for the second half and saved a few shots”

Shoutout to Maidenbower Colts U11’s who, on Sunday, progressed to the next stage of the Mid Sussex Cup. Coach Mike said: “A battling display from our U11’s who remained resilient, tenaciously coming back from a goal down, going on to secure a draw in normal time. After a tense penalty shootout, Colts emerged victorious following some very cooley taken penalties.” Bravo Colts! 👏🏻🔴⚽️💪🏻🏆

Today our valiant U13’s played their first-ever County Cup Match in a very entertaining game against the hard-working Steyning 1882. Coach Stewart is pleased to report that the Colts secured an 8-3 win and progress to the next stage. 🏆 👏🏻 🔴 ⚽️

Shoutout to Maidenbower Colts FC U14 Dragons. Coach Darren said: “A superb result for the Dragons last night as they played a friendly match, a year up, against Perrywood U15s Tigers. Early on Perrywood scored, which woke us up and we pushed hard for an equaliser. After several goals were ruled off side we showed true resilience and kept the pressure on. Eventually the goal came in a very close match where both teams were giving it their all. We continued to build on our positive attitude and effort, which was rewarded with another goal. After 70 mins played we finished with a great 2-1 win. I was extremely pleased with the team and their attitude to keep going. It was a brilliant match and an exciting finish. Outstanding goalkeeping by Miles who gave it his all and made brilliant saves. There was no doubt he was Player of the Match” Awesome job Dragons 🐉💪🏻⚽️🔴⚫️

Tonight they met local rivals AFC Crawley and put in a determined shift to produce a commanding 5-1 result. Coach Mitch was thrilled with the commitment and effort of each and every Player. Man of the Match went to Right Back, Kai Forrester. Goals from Bobby Sweetland, Simba Rukwere, Sam Fisher, Finlay Macleod and Moses Nsubuga. Well done Colts. 💪🏻⚽️ 🔴 ⚫️

#shoutout to Maidenbower Colts Under13’s. Today our valiant U13’s played their first-ever County Cup Match in a very entertaining game against the hard-working Steyning 1882. Coach Stewart is pleased to report that the Colts secured an 8-3 win and progress to the next stage.

Colts U14 Dragons played a pre-season match against our U15 Red Team last night.Coach Darren said “The dragons played extremely well against a very experienced and tough U15s team and I was very pleased with all the boys.Colts Nathan was chosen as POTM as he did not give up from start to finish and was outstanding!”Well done Nathan.

#shoutout for our U10 Red Team who finished Runners Up in the ACE Football Acadamy tournament in Lancing today. Coach Andrew said: “ We topped our group on goals scored with 2 wins and a draw, the final group game being crucial as it knocked the other side out. Then played an excellent final, narrowly coming short losing 2-1 with the opposition scoring twice very late on. Outstanding performance from the whole squad and great momentum for the season ahead”. Well done Colts

#shoutout to Maidenbower Colts FC U15 Black Team who played their first game on Saturday against local rivals. Coach Paul said: “It was a hard-fought game after 6 months of no football but they managed to get take the win. Kai and Owen scoring and MOTM going to our Goalkeeper, Shayne” Well done Colts

Maidenbower Colts FC U14 Dragons took on Perrywood U15’s tonight in a superb game of football.Coach Darren said: “What an absolutely fantastic, thrilling match tonight!!! I’m so proud of my whole team!!Perrywood took an early lead but late in the first half, we came back to level it at 1-1. The second half of the match saw us again go behind again but we dug deep to level it again at 2-2 FT.Perrywood and the referee were full of praise for the Dragons who really were on fire tonight. The referee said the whole team played with great maturity and our Captain Takunda, kept everyone calm and showed good discipline.The match was played in a very sporting manner and was great to watch. As their coach and I came away buzzing. One parent said to me afterwards that it was better than watching football on the TV.I could have chosen three players as MOTM, but choose Kieran, who put in a fantastic shift in defence, he kept going for the whole game”Well done to Colts! 👏🏻⚽️

Welcome to the Club

proud to be colts hasttag to go here